Got an allotment? Grow blackcurrants? Then you need this Homemade Blackcurrant Cassis recipe. 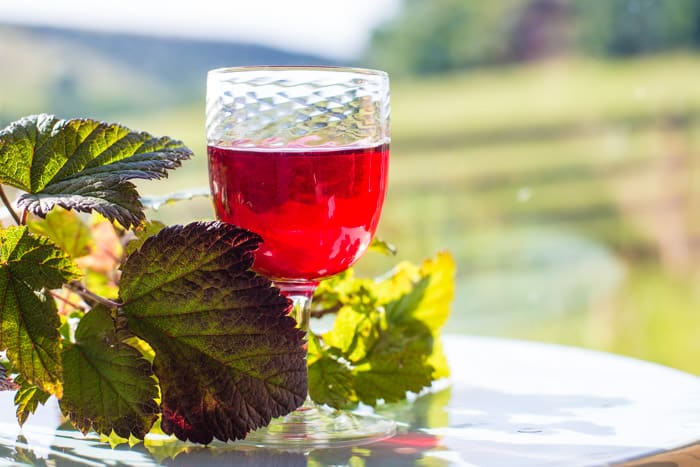 I first wrote this recipe back in 2016. As I’ve just restocked my supplies of this fabulous homemade blackcurrant cassis, I thought it prudent to give this post a tidy up and reshare it with you before the best blackcurrant season I’ve ever known is over!

This recipe is one of my most popular during the summer months when blackcurrants are abundant.

Ohhhh boy. I’m not one to get overly excited about boozy things (apart from maybe these Mojito ice lollies), but this delectable syrup is a bottle of pure sunshiny summer. At first sip you get the scent of fresh blackcurrants. This is quickly followed by a nice warm glow before tailing off with a sweet childhood memory of the taste of Ribena.

Weird and wonderful all at the same time! 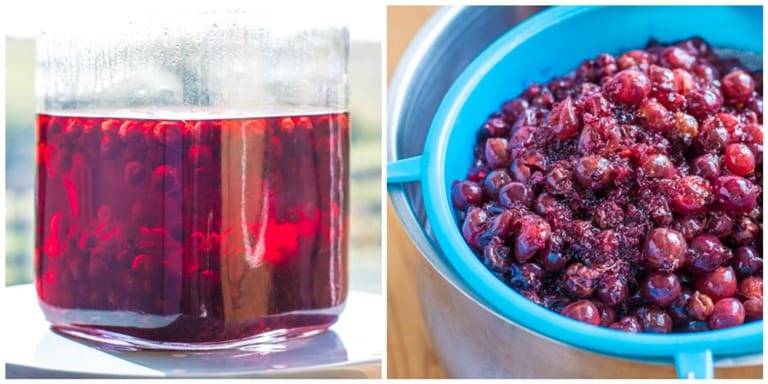 How to use up your blackcurrant harvest

Blackcurrants aren’t the most exciting or anticipated of my summer fruity harvests. They aren’t quite sweet enough to scoff straight from the bush like the strawberries or raspberries are and whilst they always go well in a crumble or pie, I’ve never found a blackcurrant recipe that I look forward to making all year long.

There’s a strong possibility that has now all changed. This afternoon I have plans to use a dash of my freshly brewed cassis in a Kir Royal cocktail (recipe no doubt coming soon!). I love the idea of pulling out a cute little hip flask of it when sat around the camp fire with friends.

However, I am most excited about bringing a bottle of this homemade blackcurrant cassis out at Christmas. I’m thinking about when the long warm days are all but a distant memory. I imagine it’ll be like sipping summer in the depths of winter!

Why not give it a go yourself and let me know what you think in the comments below? 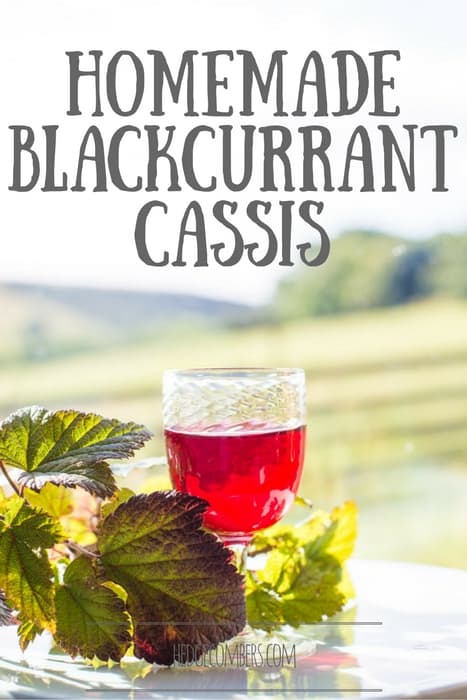 Now, I got this liqueur started right at the start of blackcurrant season here in Cornwall. For those who haven’t previously grown blackcurrants, the season generally begins in July. Now the blackcurrant season is pretty much at an end here (usually ends in August), so if you have a bush or two that you’ve ignored all summer hopefully you’ll be able to rustle up enough berries to make a batch.

If not, and you can’t find any at your local farm shop then please do bookmark or pin this recipe for next year. I promise it’ll be worth the wait ;)

Oh, and if you don’t currently grow them, why not treat yourself to a couple of bushes? Find out everything you need to know about growing blackcurrants here. 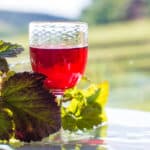