Oh boy, this Slow Cooker Venison in Cider is a decadent and deeply nourishing stew that’ll warm the body and the soul. 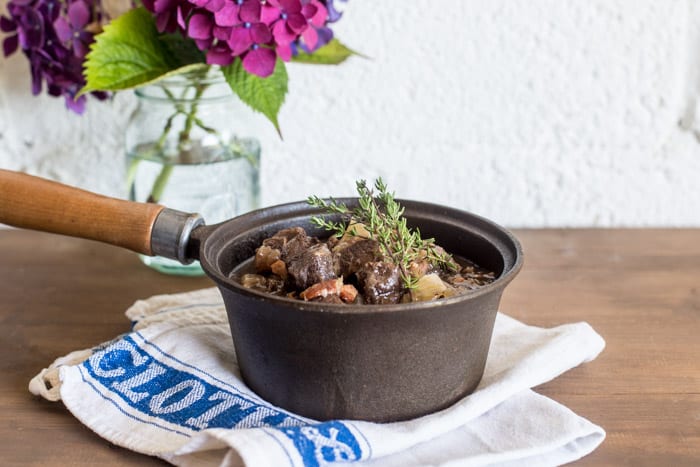 A few years back, in the depths of winter, we got a call from our good friend Simon.

He’d just witnessed the car in front hit and kill a deer on his way to pick up a Chinese takeaway.

He called to see if we wanted it.

And that is how Simon & Jonny were to be found piling a road kill deer into the boot of my Ford Focus on a tiny country lane. Whilst I held the torch and Simon’s dog sniffed round with extreme interest. 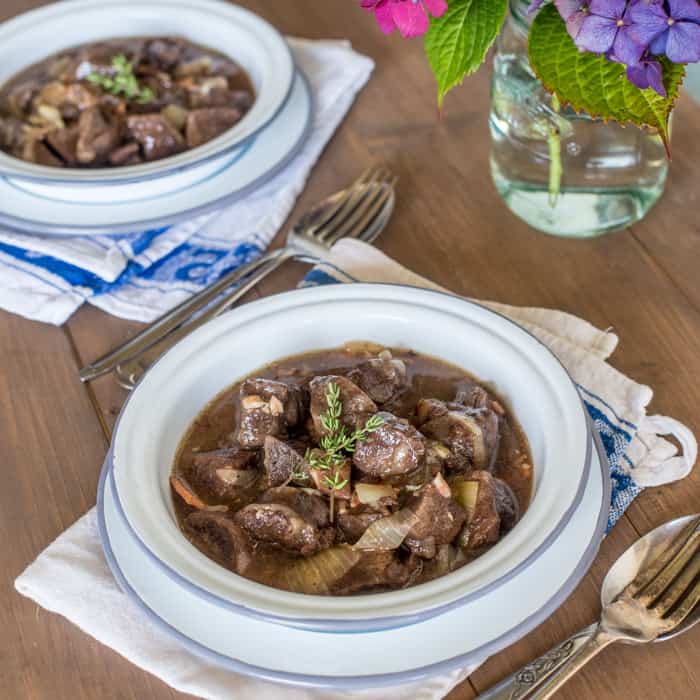 We got the beast home and rigged it up in the log shed where I managed to remove the internal organs to stop it spoiling.

Bearing in mind the biggest animal I’d ever butchered at this point was a pig, and that was with help, I was a little daunted about taking this huge deer apart.

However, after watching a couple of youtube videos and consulting a couple of knowledgeable friends on the subject, I managed to butcher that deer into tidy-ish joints of venison.

When cooking a wild venison, it’s often the case that you won’t know how old the deer was.

And the older an animal is, the tougher the meat generally is, I find using a slow cooker the absolute best way to cook diced venison.

Here follows the recipe I use and love. Depending where you are in the world you can switch between UK and US measurements using the little button in the recipe card below.

And if you just so happen to be using the meat from a freshly shot (or roadkill!) deer, put the liver to very good use by trying this Venison Liver Pâté recipe. 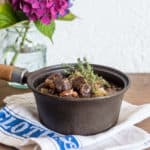