The recipe I share below is for the version made for the British Royal family. 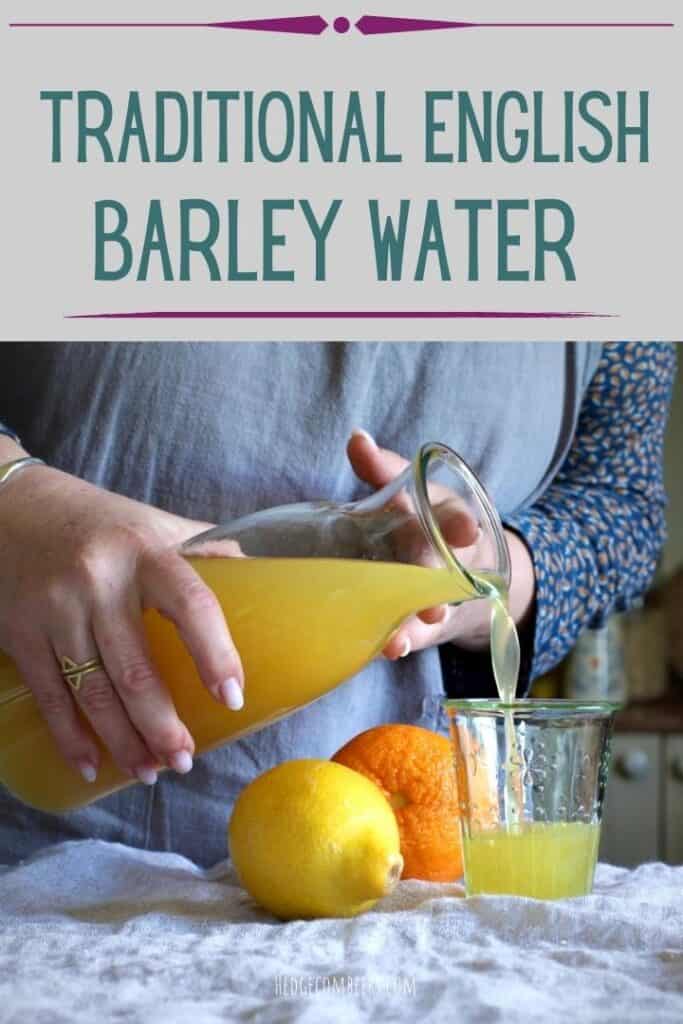 I have a bit of a thing for old cookbooks.

I love all the penny-pinching ones from the 1970s with their lurid pictures and heavy use of aspic.

But my true love is anything older than 1950. 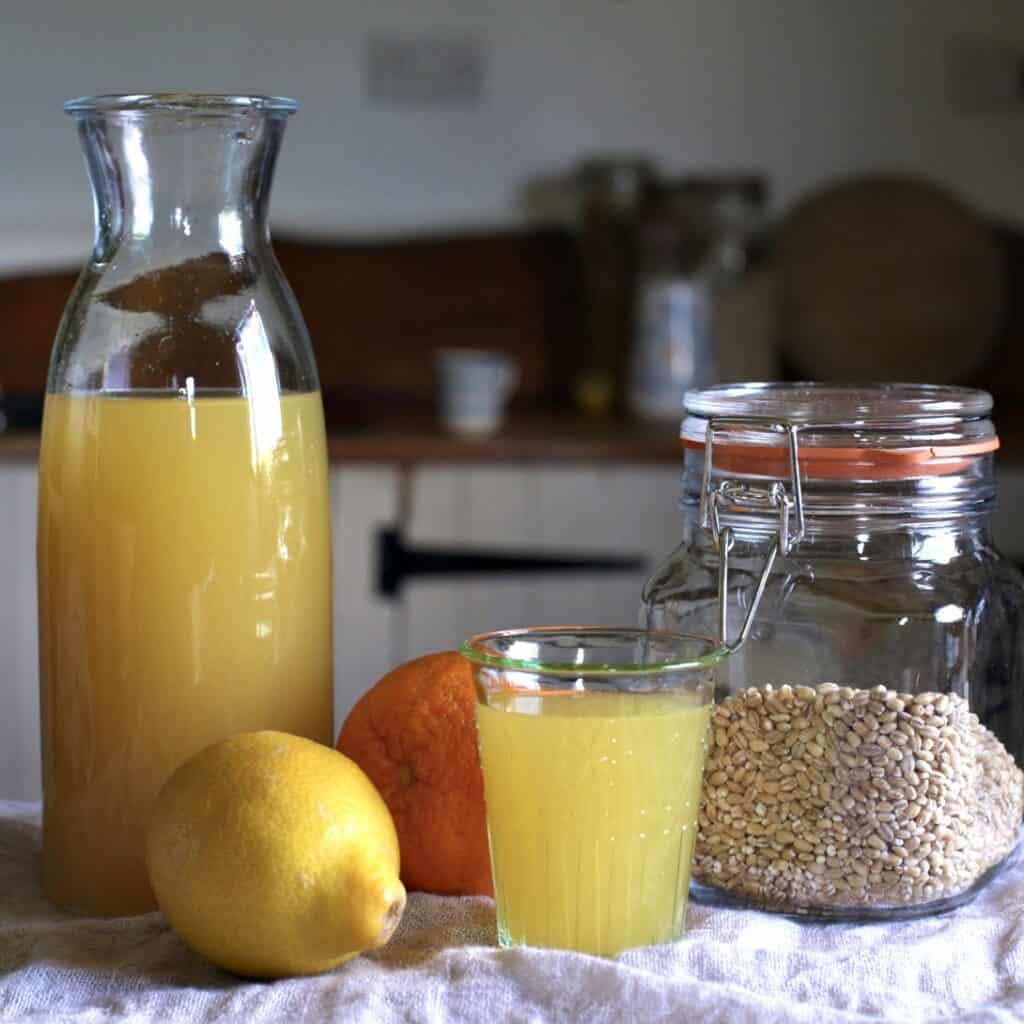 Whilst I wouldn’t necessarily cook a three course meal directly from one (the English weren’t renowned for their culinary skills in times of old), they are a fascinating insight into where many of our kitchen habits come from.

One day, one of these old cookbooks pages were opened and out fluttered this little scrap of newspaper boasting the recipe for Royal Barley Water as made in the Queen’s kitchen. 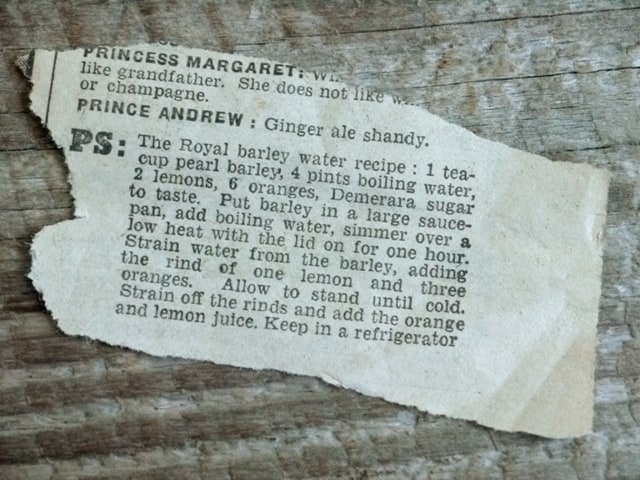 Someone, somewhen had ripped it out and stuffed inside this cookbook for me to find.

How could I refuse such an invite? 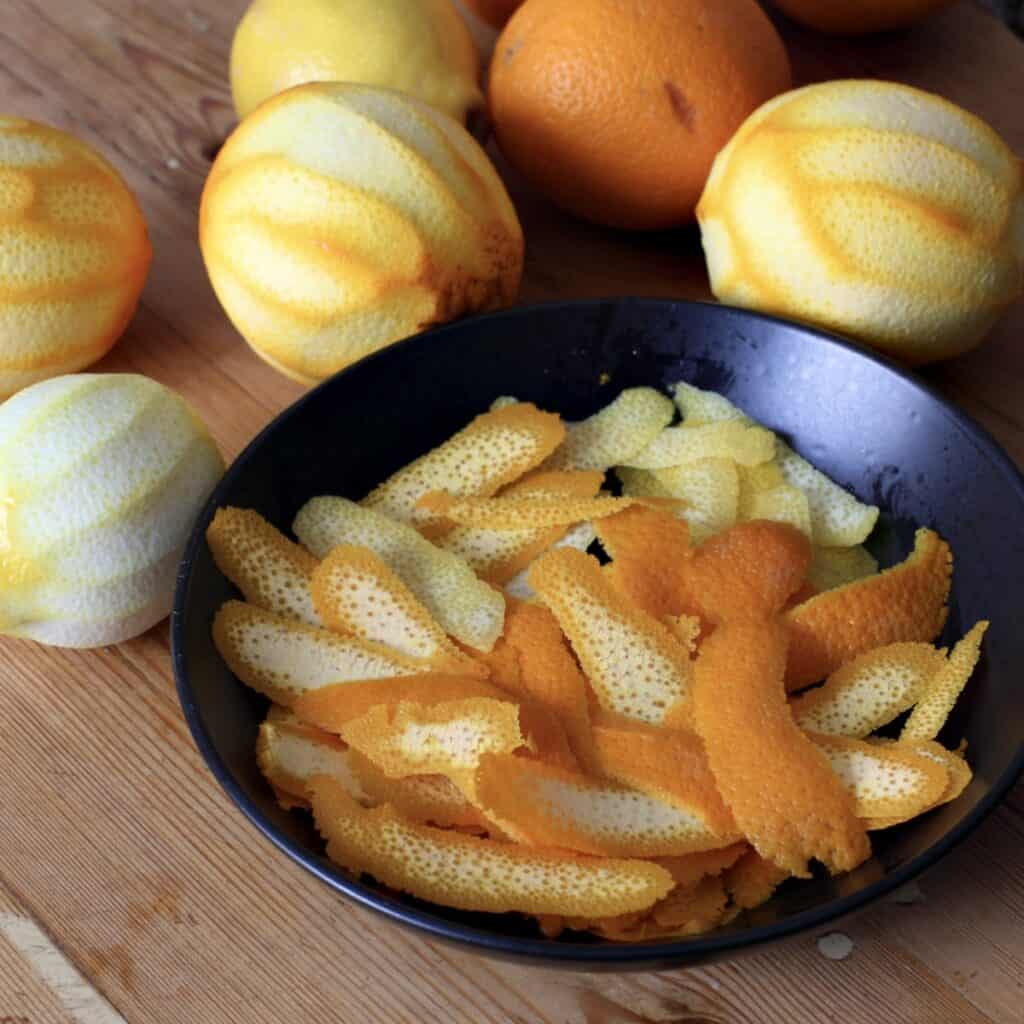 It has been many years since I tasted barley water made from concentrate, so it’s hard to tell you how it tastes in comparison.

It feels nourishing along with being tasty, and as you get to sweeten it to your taste, you can make it just how you like it.

How to Make Barley Water

It’s a very simple recipe, but does take a while for the barley to cook.

So put on some good music, or even a film, and let’s get to it! 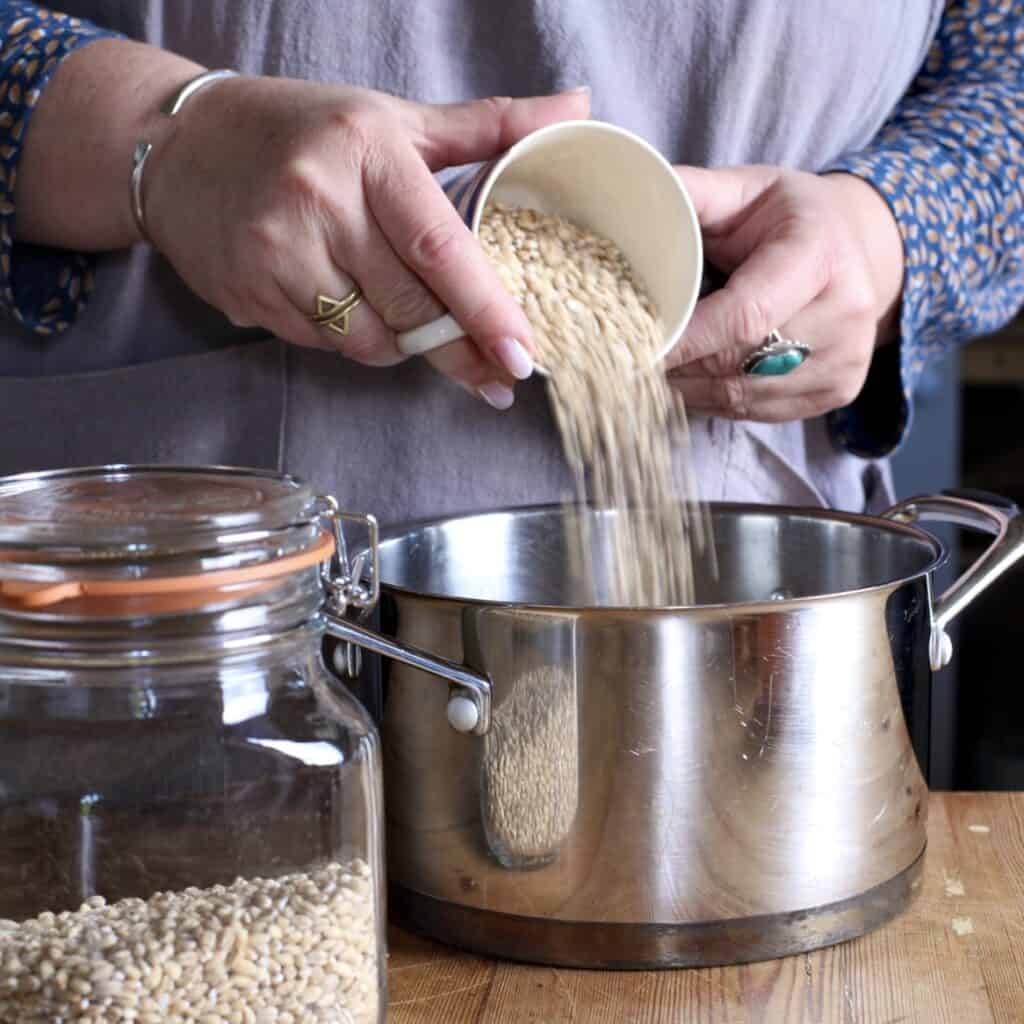 To extract the goodness and flavour from the barley we need to boil it in plenty of water.

To do this, tip the pearl barley and water into a large saucepan.

Bring to a boil, then pop on the lid, reduce the heat and let it simmer for one hour. 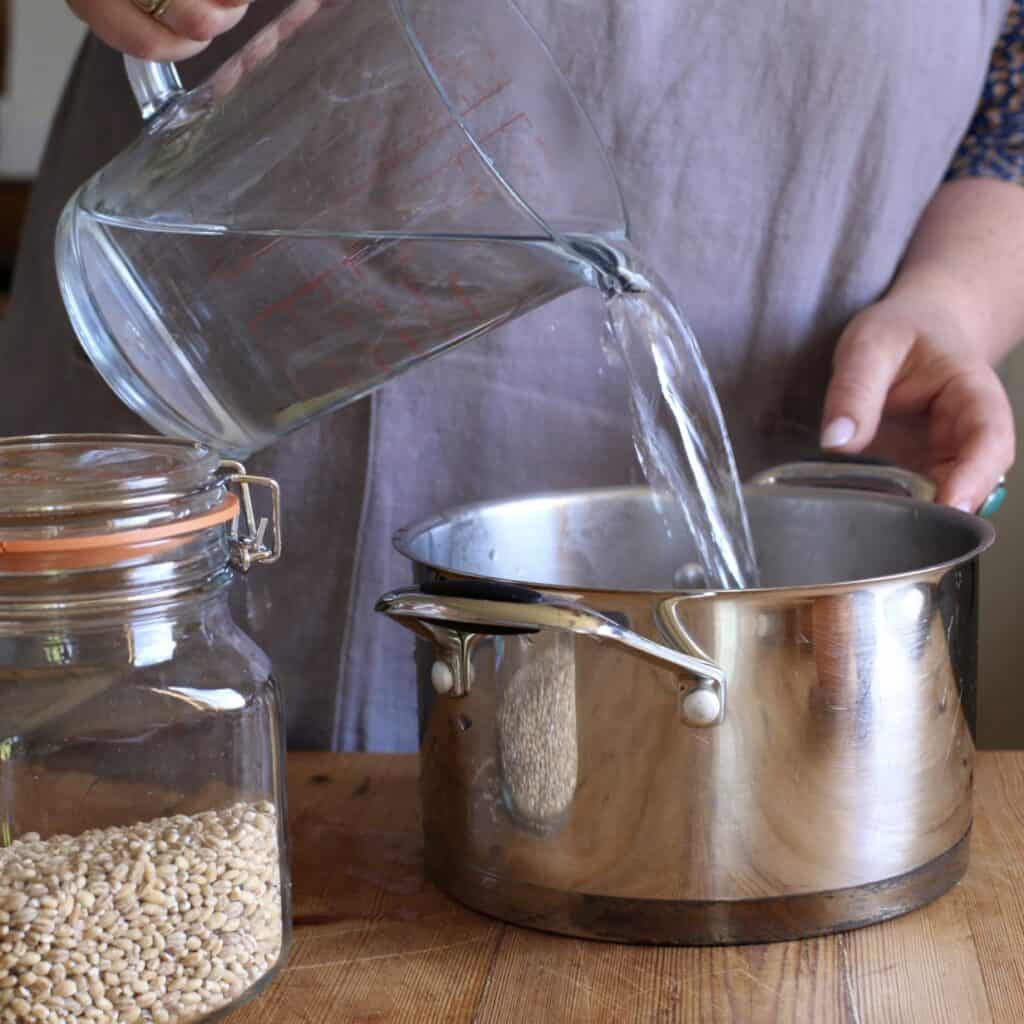 Meanwhile, use a potato peeler to peel the outer, coloured skin from one of the lemons, and three of the oranges.

Try not to get too much of the white pith as this will make the drink bitter.

Place the peels into a large mixing bowl. 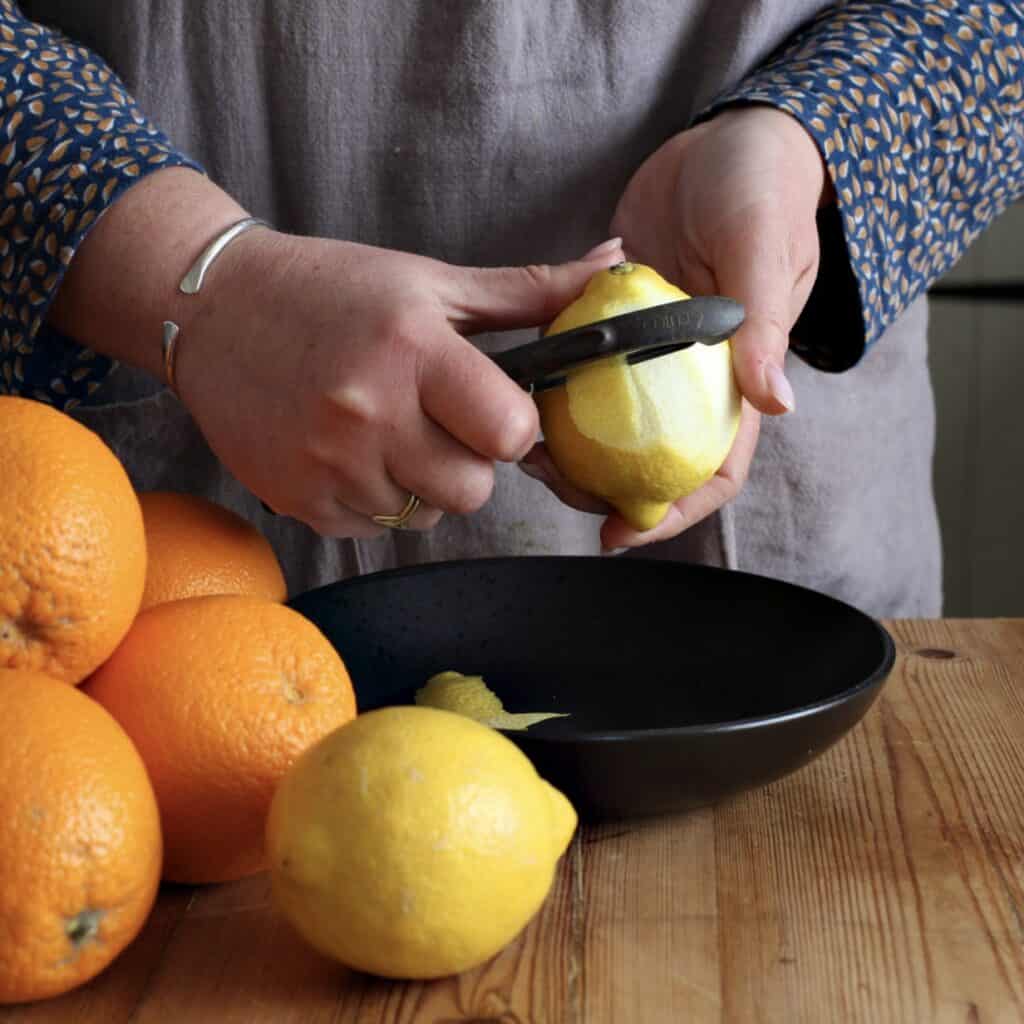 Pour the water and cooked barley into a sieve balanced over the bowl of fruit skins. 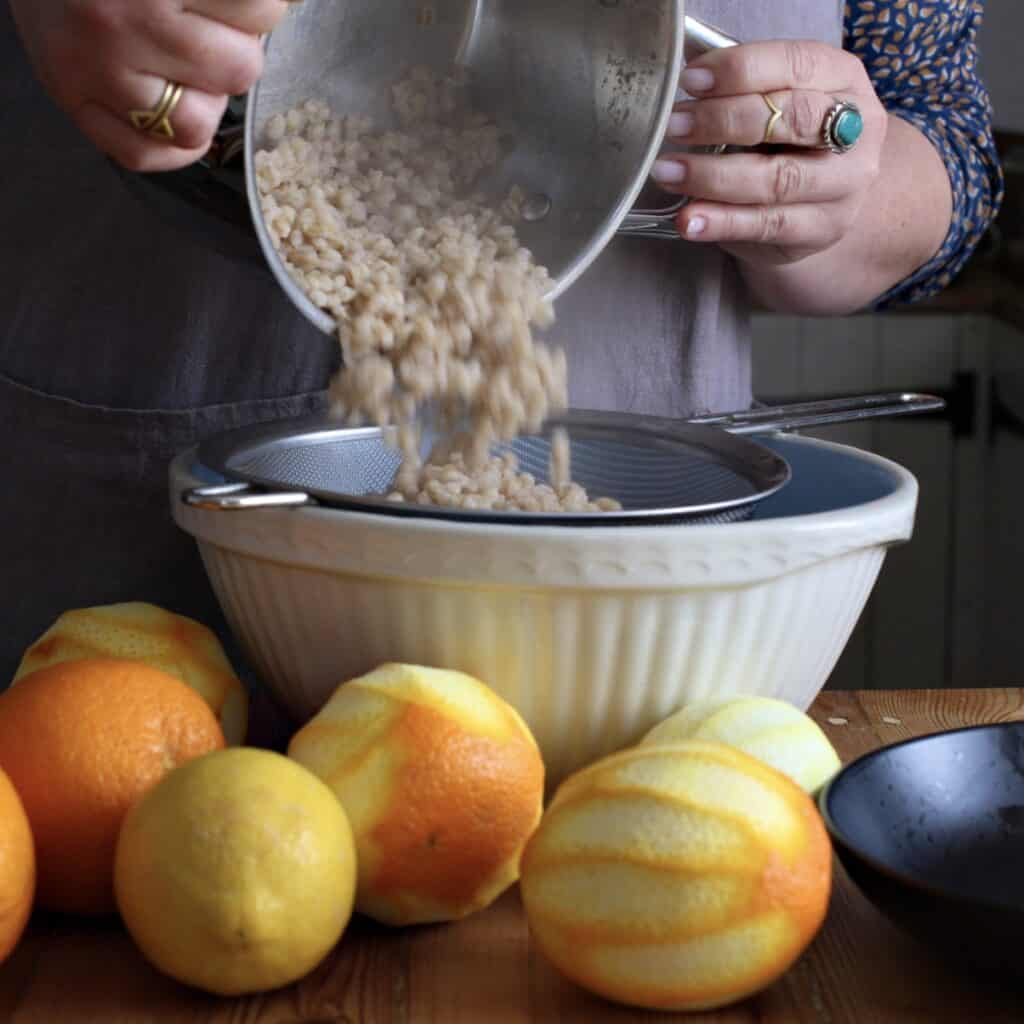 Add the Demerara sugar whilst the water is still piping hot and give it a good stir until dissolved. 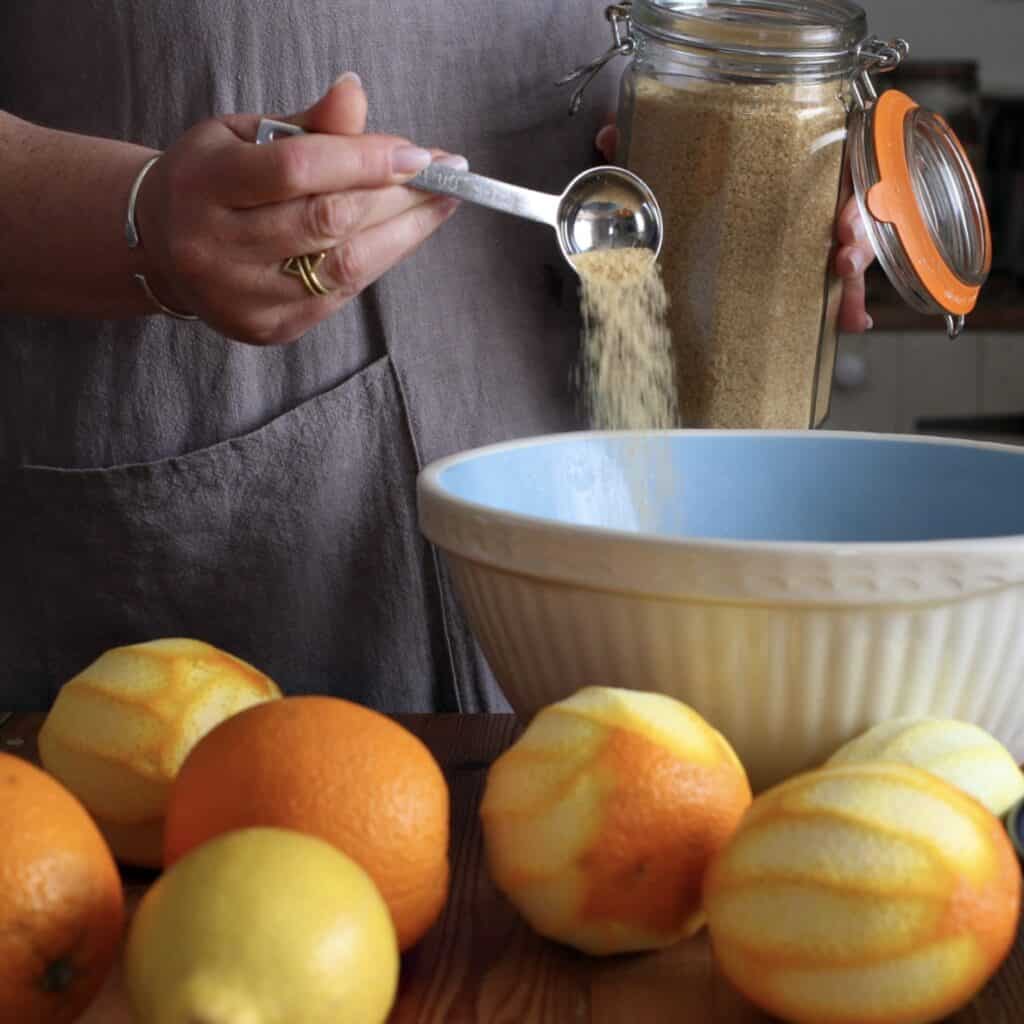 Depending on your taste, you may wish to add more sweetener later.

However, once the liquid is cold any extra sugar won’t dissolve easily. Instead, you’ll need to boil a kettle and dissolve the extra sugar in few tablespoons of boiling water first. That can then be added to the barley water.

Place the bowl somewhere cool for the water to come down to room temperature, and for the flavour from the zest to be steeped into the liquid.

Once cool, strain the rinds keeping the liquid. The peels can be added to the compost bin. 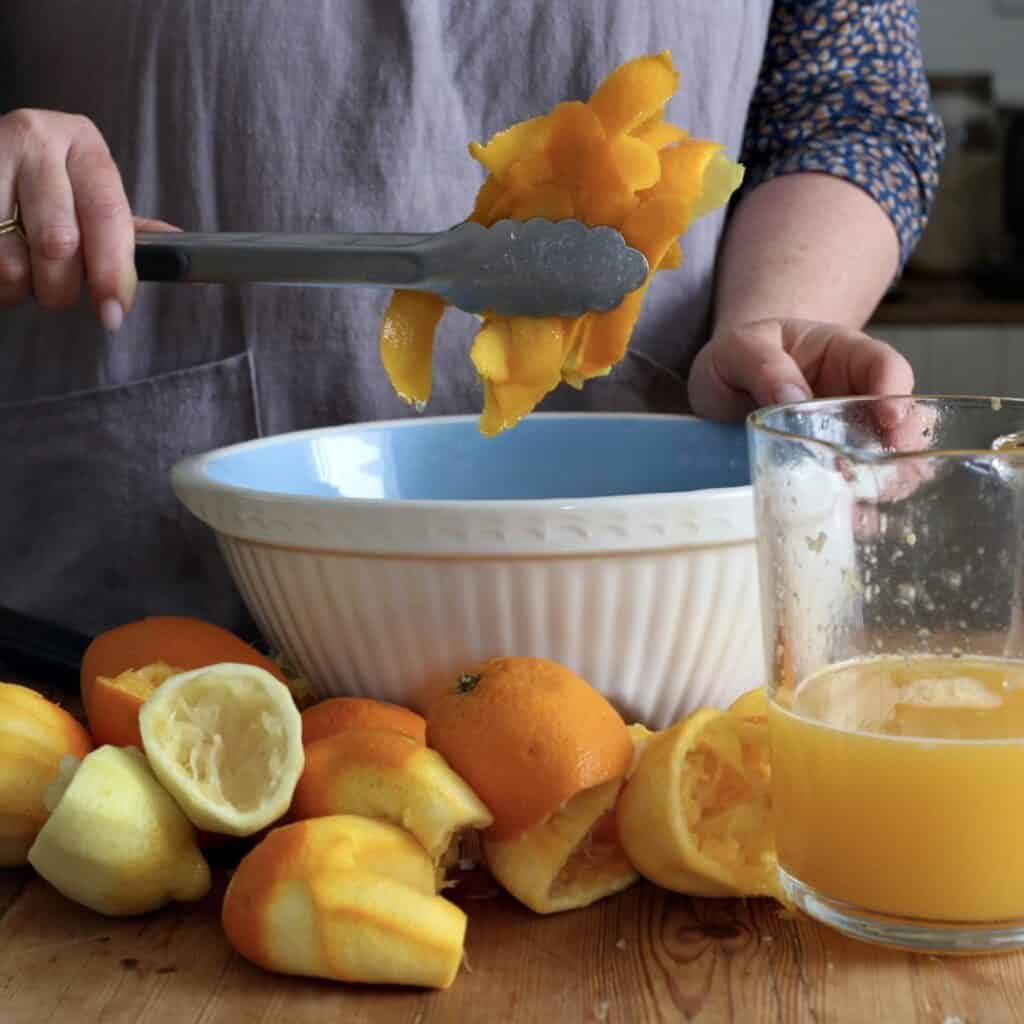 Squeeze the juice from the peeled lemons and oranges and add it the barley liquid.

Stir well, and then this can be poured into a jug or carafe and kept in the fridge to cool fully.

Serve chilled or with ice. 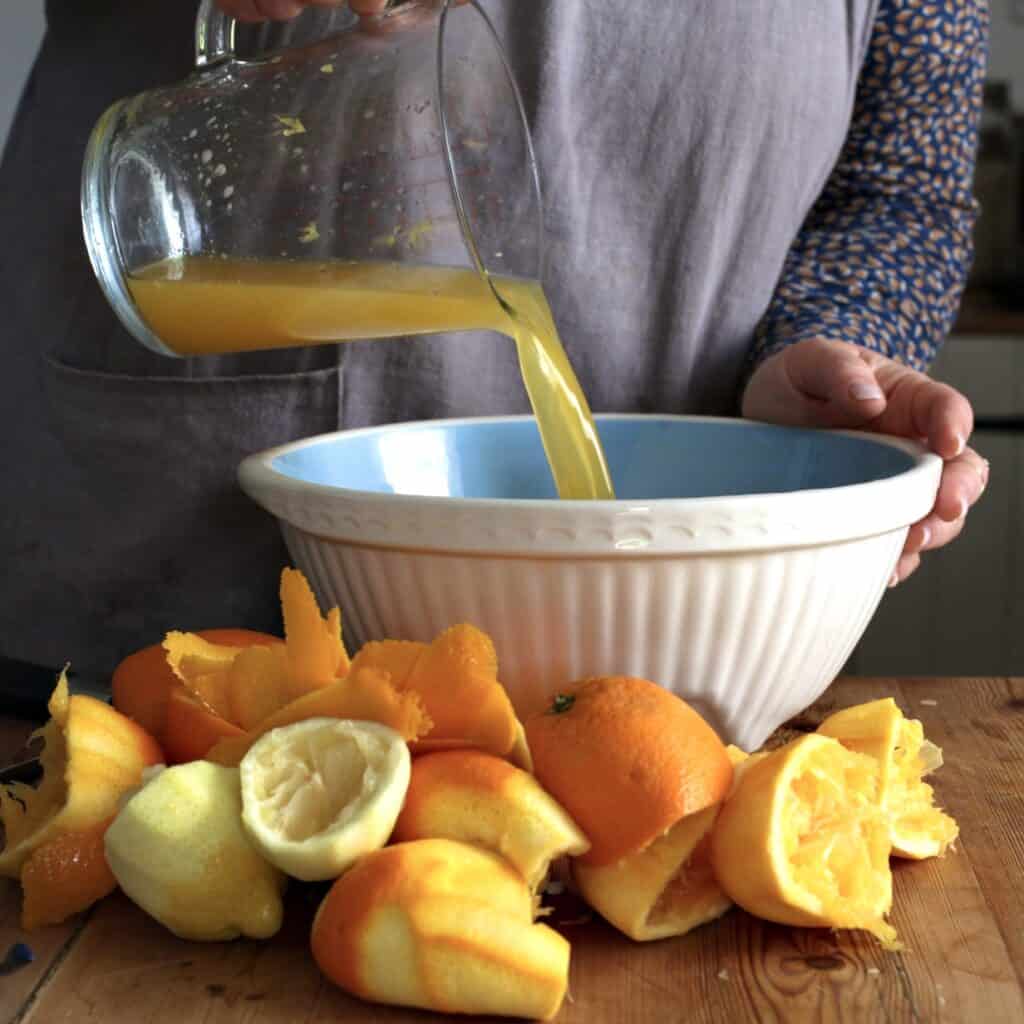 That’s it! I hope you enjoy this barley water recipe if you give it a go.

Do feel free to tag me in any images you share of this, or any of my other recipes, online. You can find me pretty much everywhere as @hedgecomber, and I try to share all the pics I see. 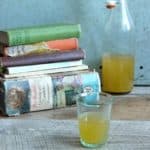