I was kind of inspired to make these after an (American) football mania explosion on Pinterest recently. Wherever I looked there were ‘game night’ snacks, meals and ideas and one of the recurrent themes were chicken drumsticks. 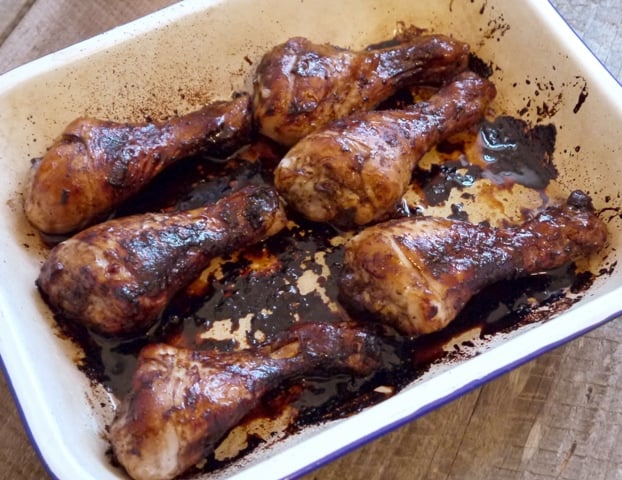 Whilst I have zero interest in watching football, I was left with some rather disturbing cravings for some sticky, oven cooked chicken. Well I guess there are worse cravings girl could have huh?

Out came the balsamic vinegar, of which I can’t get enough of. I always buy the cheap stuff, which according to the purists isn’t the real deal, however it tastes just damn fine in cooking and as an extra bonus I don’t need a bank loan to acquire a bottle. It reduces down from a sour vinegar to a sweet, gooey syrup that adorns pretty much any meat or veg with a delightful darkened glaze whilst adding a glorious depth of flavour. De-lic-ious. 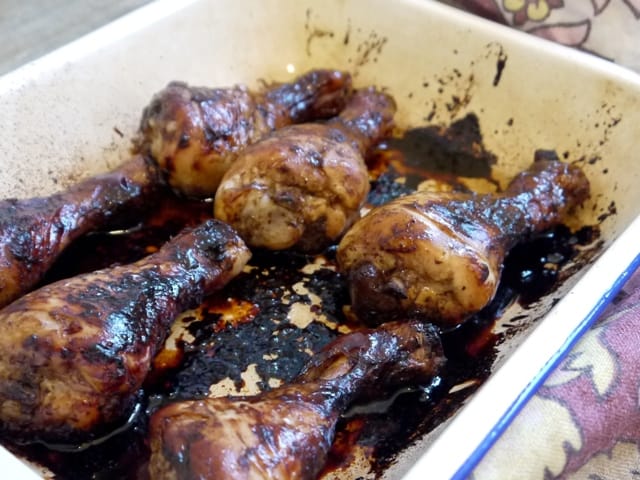 When you come to serve, I would recommend you leave them in the tray for people to help themselves to as there will be an incredible layer of sticky goo in the dish that would be sinful to let go to waste.

So without further ado, here’s how to turn those insipid looking raw drumsticks into the food of the gods (or at least the football mad). 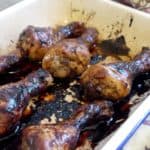