If you like a kick to your food, these Spicy N’duja Meatballs are gonna knock your socks right off! 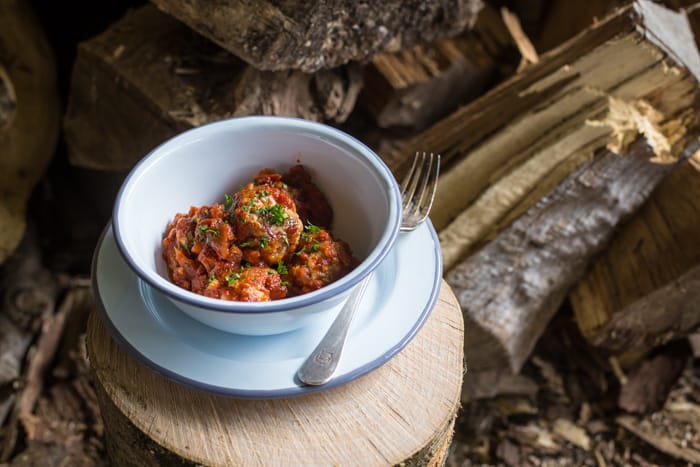 Jonny had a group of mates camp over in our woods last weekend and he asked me to cook for them all on the Friday night. For my own sanity I needed to keep the recipe simple, but equally needed a dish that went above and beyond the norm. As meatballs are quite a blokey dish, I decided to pimp them into these spicy n’duja meatballs. Rather than cooking up a bunch of pasta to serve alongside, we served them with Jonny’s homemade sourdough bread. 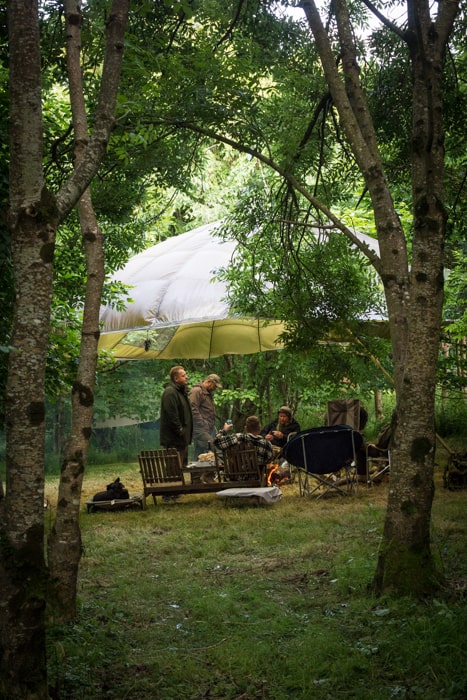 I must confess that I actually made and cooked the meatballs in my kitchen rather than over the fire as I quadrupled the recipe below and had 69 meatballs to deal with! I needed to have the control of my hob and the cleanliness of my kitchen to make sure that everything was perfectly tasty and properly cooked through. That said, if you’ve keeping to the recipe below, this will make a perfect campfire dish. 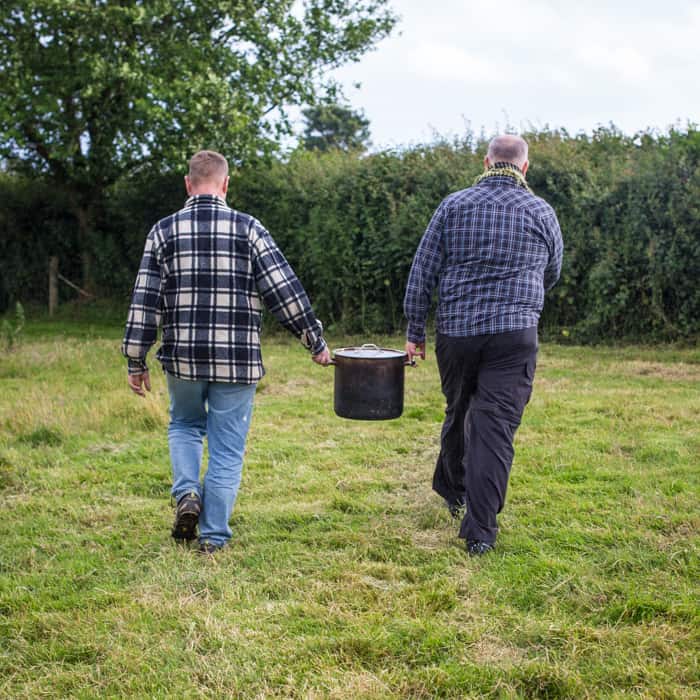 The long cooking time involved in this recipe is really to get that rich tomato sauce right, so if you’re camping and don’t want to spend ages making the sauce there’s no harm in popping open a decent jar of ready made tomato based pasta sauce. Then ignore the first half of the recipe below and go straight in with making the meatballs. Once they’re browned, simply pour the sauce over them and cook for a few more minutes before serving.

Last year I visited Deli Farm Charcuterie in north Cornwall whilst on a sourcing trip with Fifteen Cornwall. I remember the owner Jean Edwards saying she was working on creating their own n’duja to complement their already extensive range of cured meats and I was really excited to see the first jars for sale at this years Royal Cornwall Show. 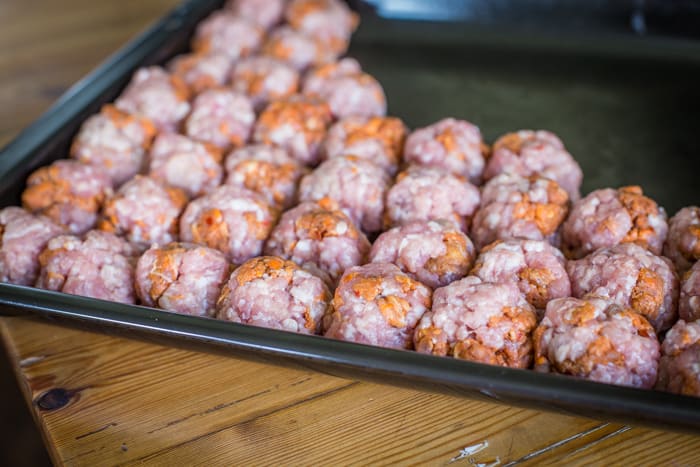 If you haven’t happened across n’duja before, it’s a blend of cured pork belly and cheek with a high level of red peppers and chillis. It’s likened to a fiery spreadable salami and whilst it’s not at all for the faint hearted, it’s utterly delicious.

I first came across it at the Rock Oyster Festival where chef Andy Appleton created this incredible Cornish Fish Stew. He topped the stew off with pieces of toast spread with n’duja and topped with white crab meat. WOW. Crab & n’duja are up there with cheese and wine as the most perfect of partners.

The Deli Farm version is less oily than the imported n’dujas I’ve tried which is perfect in this dish as there is just the right amount of fat to flavour the dish without needing to drain any off. 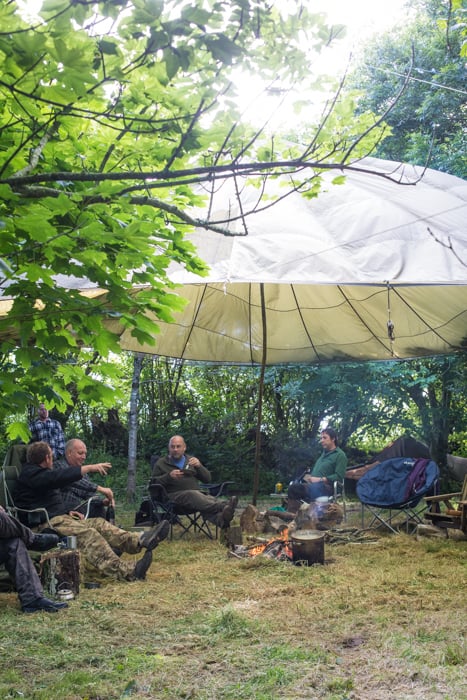 Meanwhile, back in the woods…

Dessert was served! A traditional Cornish cream tea, which for the record involves a scone being spread first with strawberry jam and then topped off with clotted cream. But as Jonny likes to do things a little differently, he went all Switzerland on us and remained neutral in the jam & cream wars… 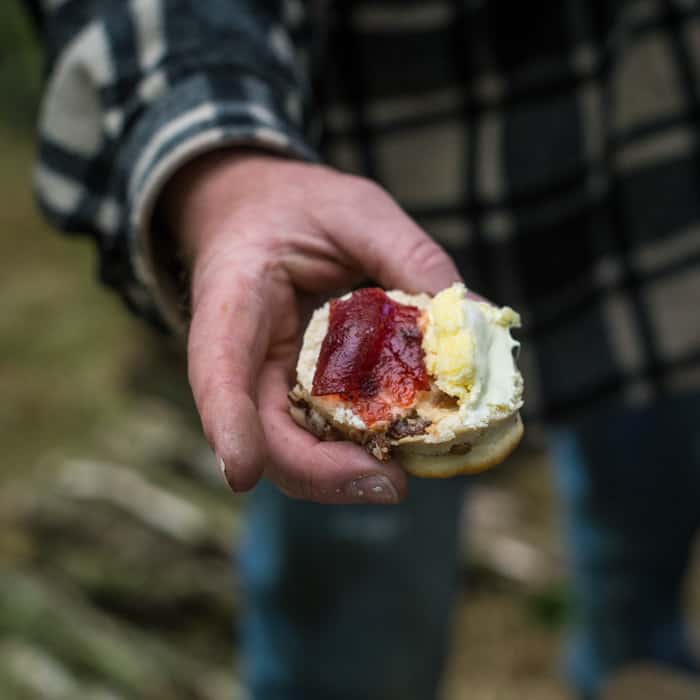 If buying British is important to you, please visit the Deli Farm Charcuterie website to order your jar of Cornish n’duja (at the time of writing the n’duja is so new that it hasn’t made it on to their website yet, so if you have trouble finding it give them a ring and they’ll be happy to take your order over the phone). 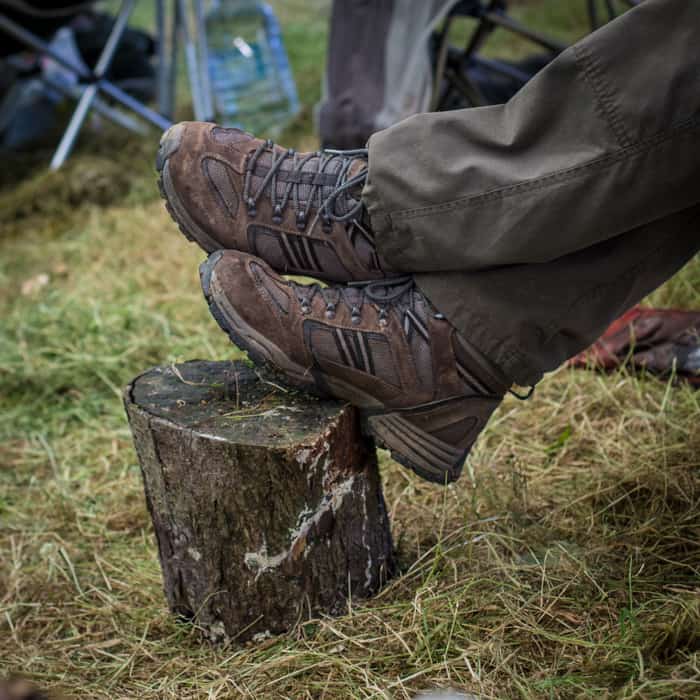 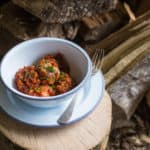 Disclosure: This content/recipe is NOT sponsored. It’s just a yummy recipe from a very happy customer that is eager to support Cornish artisan producers.  :)