This Sausage and Cider Campfire Skillet is a real treat at any time, but even better when cooked in the great outdoors! 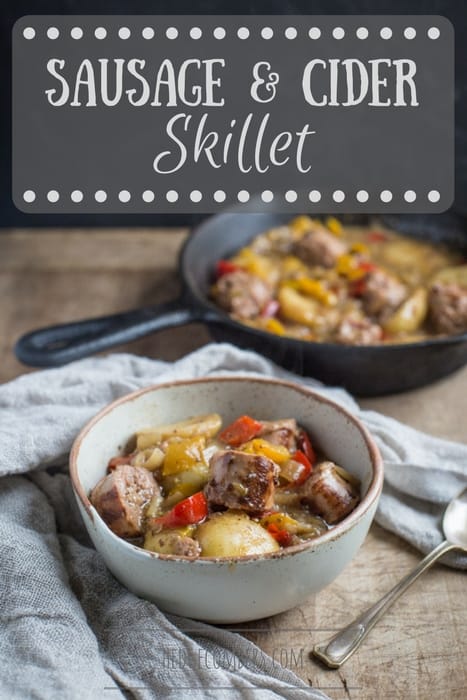 I cooked this sausage and cider campfire skillet up over the weekend to make the most of this seasons new potatoes along with a bag of our local butchers award winning sausages.

Two of my very favourite things.

If you’re camping it’s worth cooking up double the amount of potatoes the day before, and reserving half for this recipe.

You can of course cook the potatoes within the cider. But then you’ll miss out on the lovely golden brown skins of the fried potatoes. 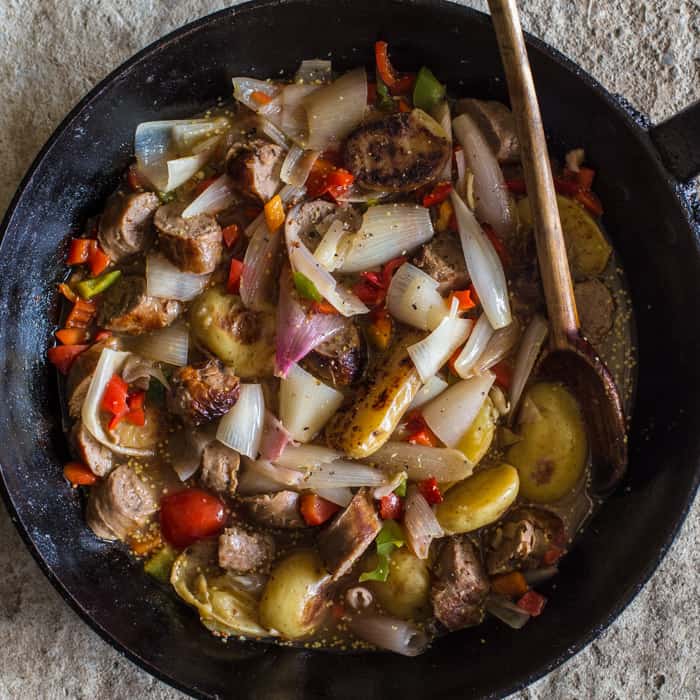 One-pan dishes really are the backbone of camping recipes as no one enjoys the washing up aspect when cooking outdoors.

In fact, if your camp kitchen doesn’t already sport a cast iron skillet or pan. You may want to look out for one as ‘washing them up’ in the traditional sense will actually ruin them!

Once seasoned, a cast iron pan becomes more and more non-stick the more you use it.

Washing up water that contains detergent to break down the grease will also break down and strip back that hard-earned layer of natural non-stick coating. 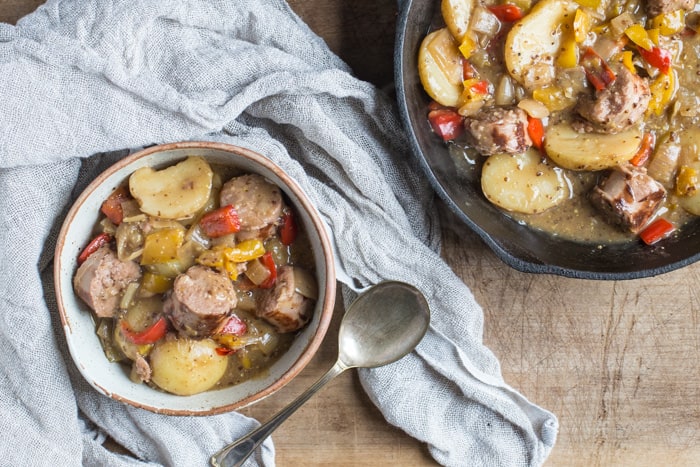 Rather than washing them out, you should scrape out any food residues with your spatula, then wipe clean with paper towels.

Lastly, wipe around a small amount of cooking oil to protect the metal against moisture.

And that’s the biggest down-side of cast iron – it’ll rust really easily – even if you just leave it outside the tent overnight.

But once you get your head around how to look after your cast iron skillet, it’ll give you years and years of use.

And just to prove that you don’t have to keep this recipe just for campfire adventures, I made it in my campervan too!

You can watch the video here!

Do let me know if you give this sausage and cider campfire skillet a go on your next camping trip, and feel free to tag me in a pic on facebook, twitter or instagram :) 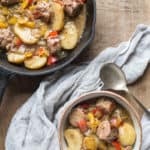