How I discovered scrummy Plum and Cinnamon Porridge ,a great pick me up when you need some comfort  food breakfast TLC !

My weekend was spent dancing, laughing and drinking cider at the annual Looe Music Festival. We had such an amazing time, the line up was very impressive this year with The Darkness headlining (and being one of my two favourite acts of the whole weekend, the other being Oompah Brass. So. Much. Fun!) 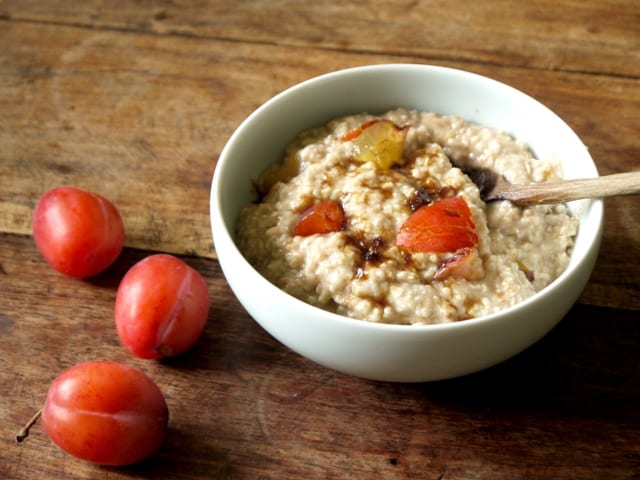 However, the ridiculous amount of Cornish Orchard cider I got through, combined with the late nights have since caught up with me. I find myself surrounded by empty tissue boxes and feeling just a tad sorry for myself.

Is there a better comfort breakfast than porridge? I think not. But plain and simple just wouldn’t hit the mark today, I needed some extra love in that bowl of oaty goodness. I needed to feel spoilt and soothed. Enter Plum & Cinnamon Porridge, stage left… 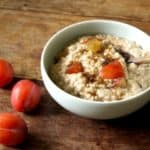